This is a story I've wanted to write for a while — ever since I, as a queer Gen Zer, downloaded TikTok at the start of the pandemic and began to better understand my own identity through the interaction and consumption of my peers' experiences. I wrote and designed this piece as part of a class magazine and online website for a Design for Storytelling class taught by former Boston Globe design editor Dan Zedek.
I wanted the illustration and design to feel bright and welcoming, but not overtly "rainbow"-themed. The typefaces used both in the magazine and website were preset by the class to help the collective of pieces feel cohesive, and I used a set grid system to lay out both designs. But the story also called for disruptions of the grid, too. The magazine spreads were designed with Adobe InDesign, and the illustrations I drew by-hand on Adobe Fresco with an Apple Pencil, then translated into Photoshop. The webpage was coded using HTML and CSS. ​​​​​​​
View my page online 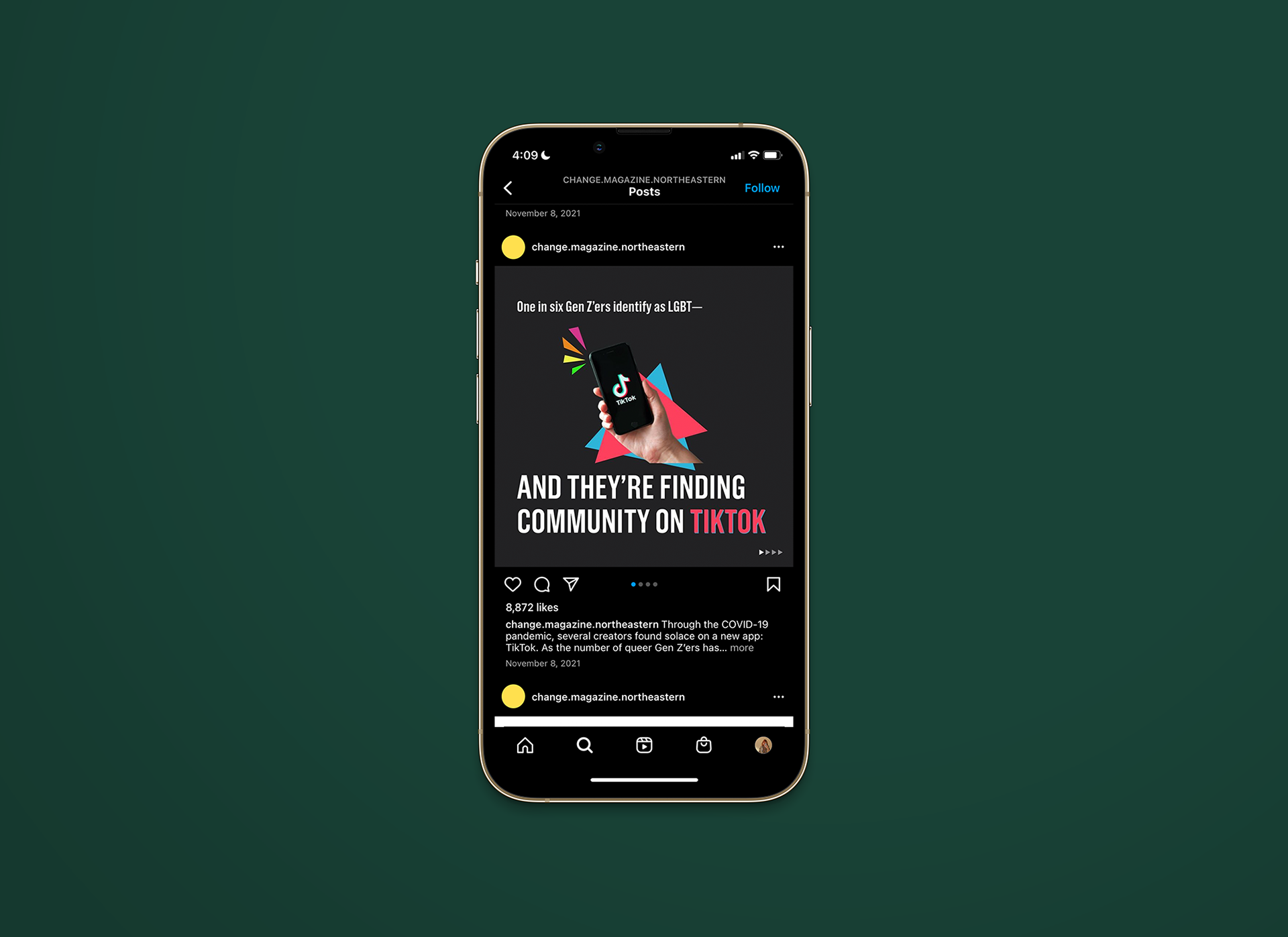 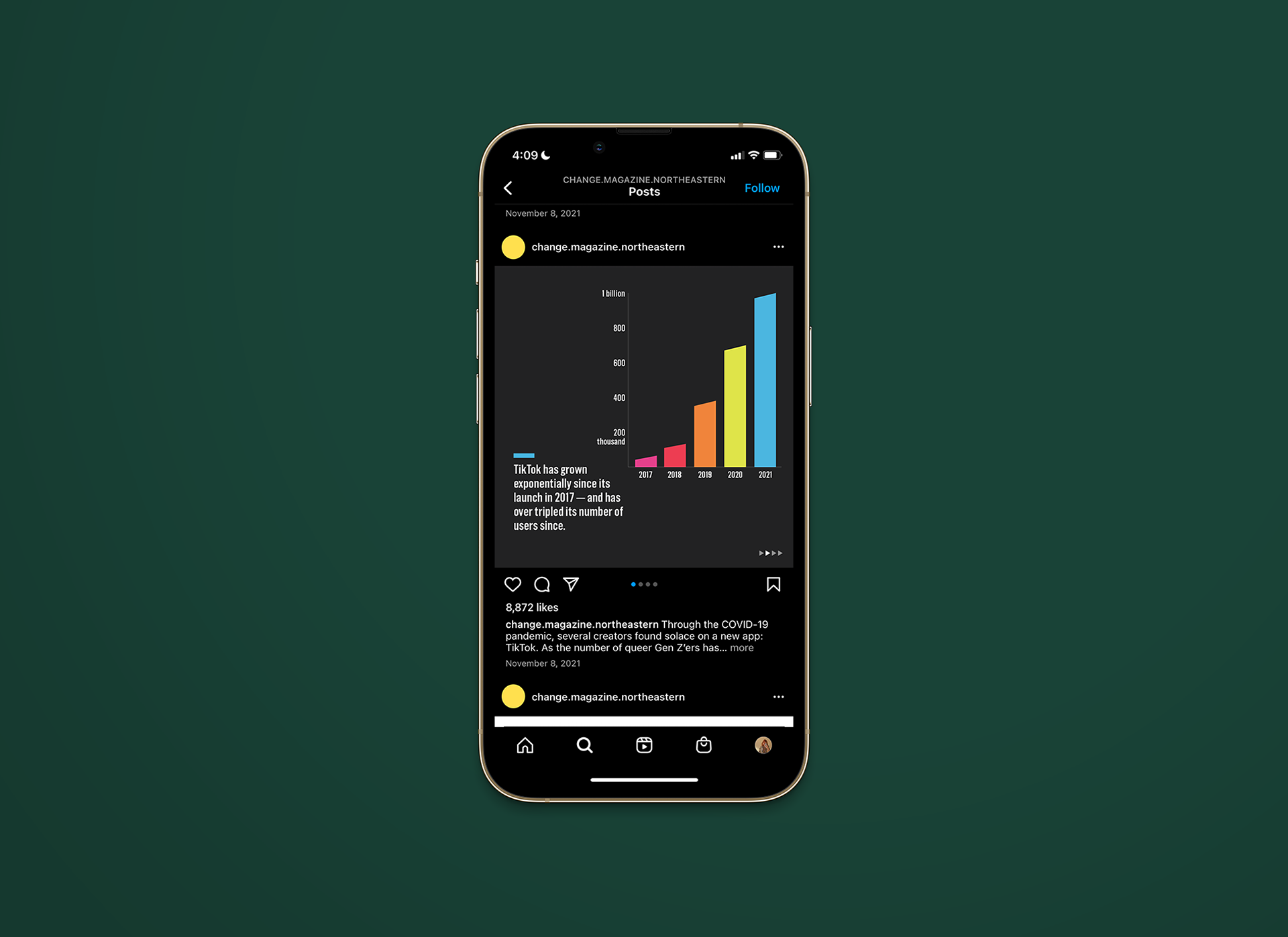 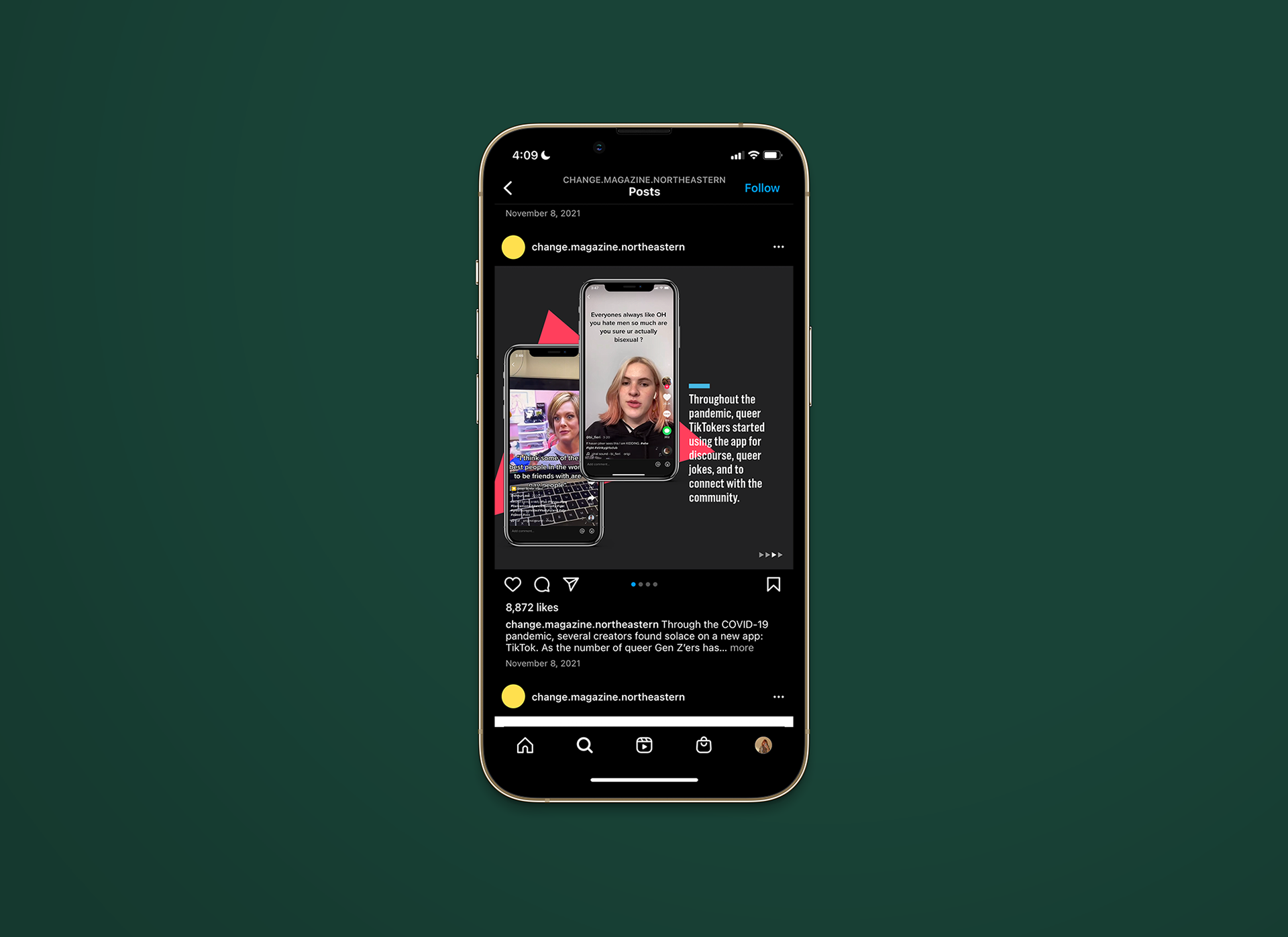 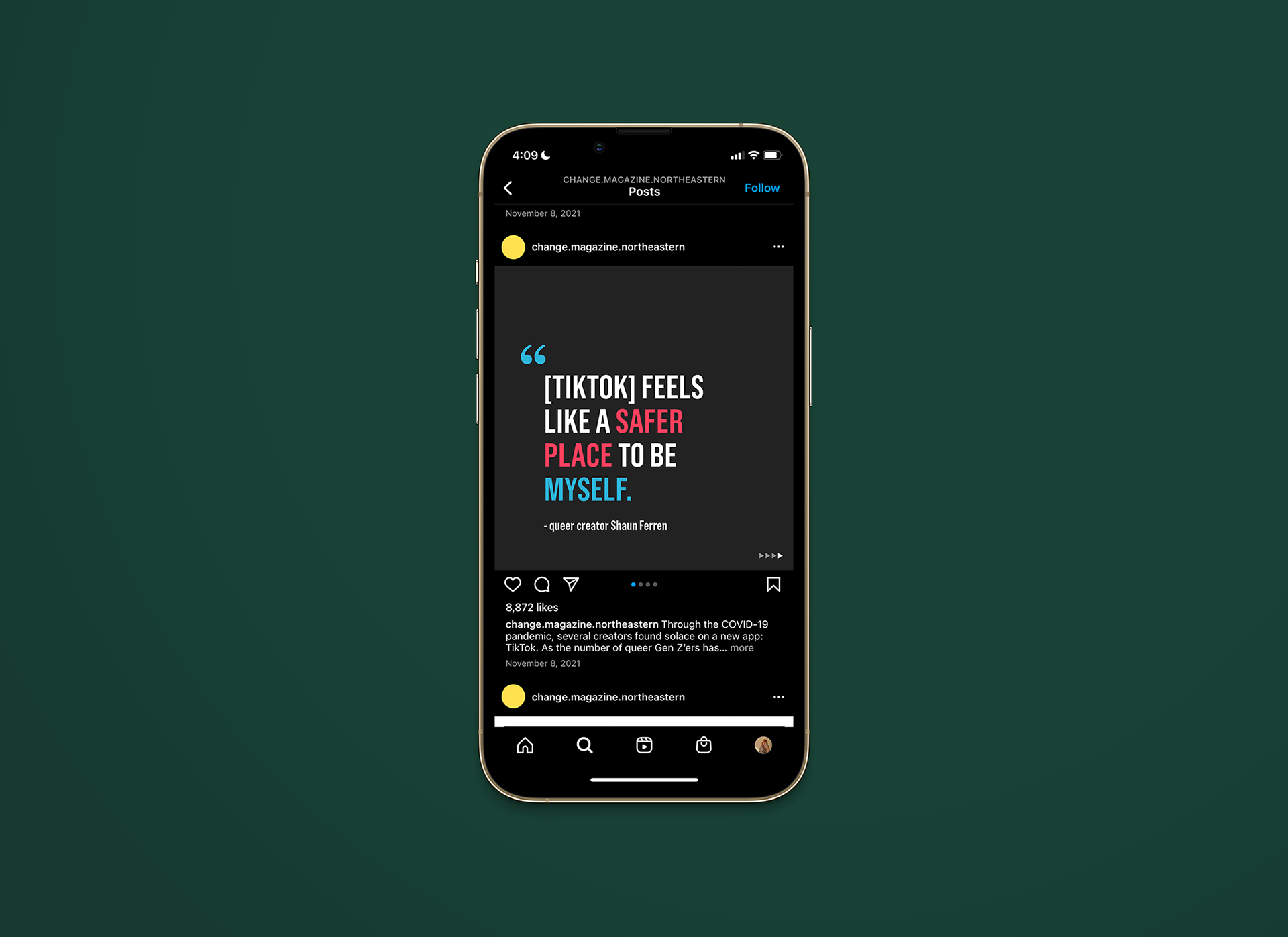 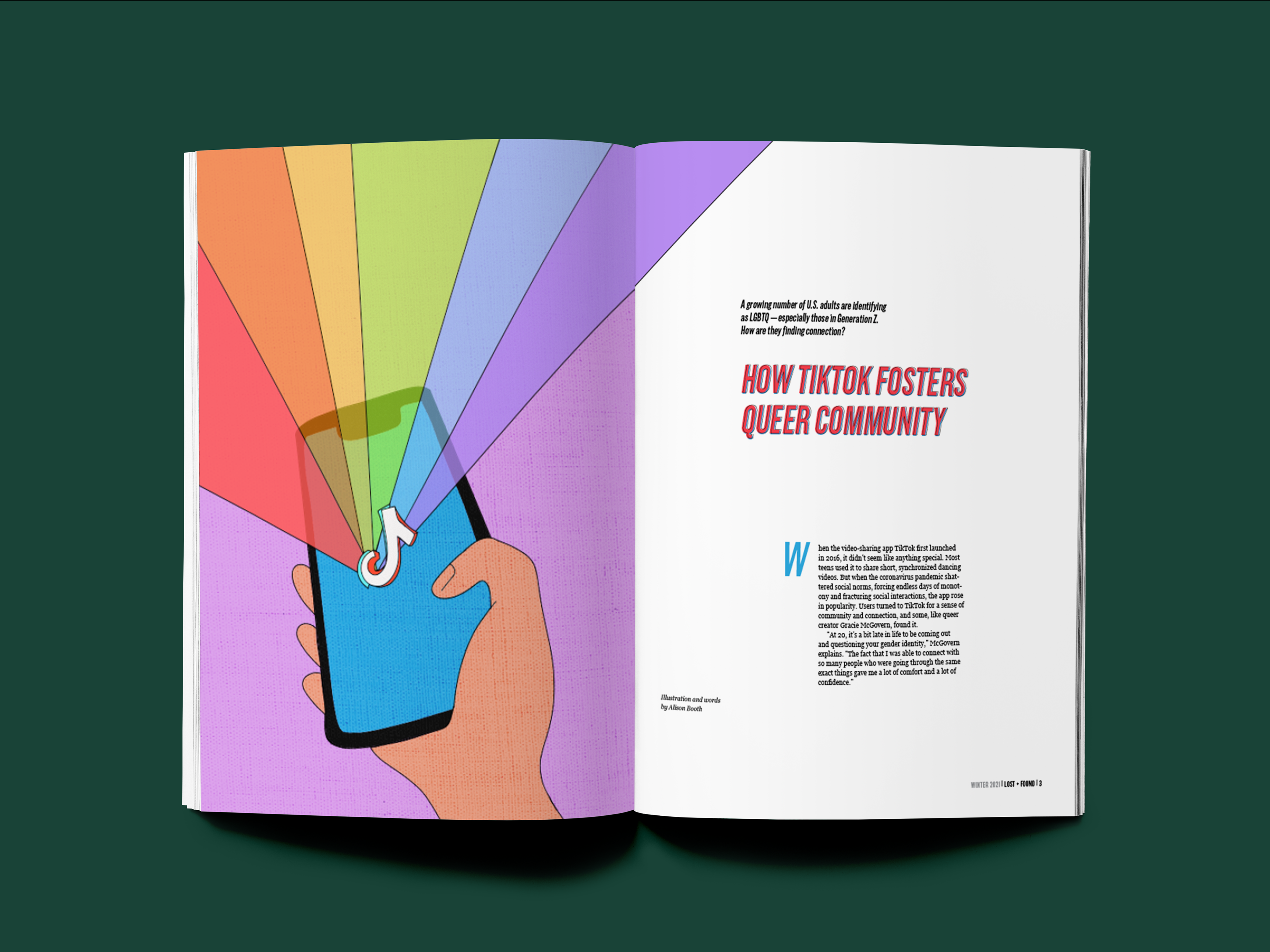 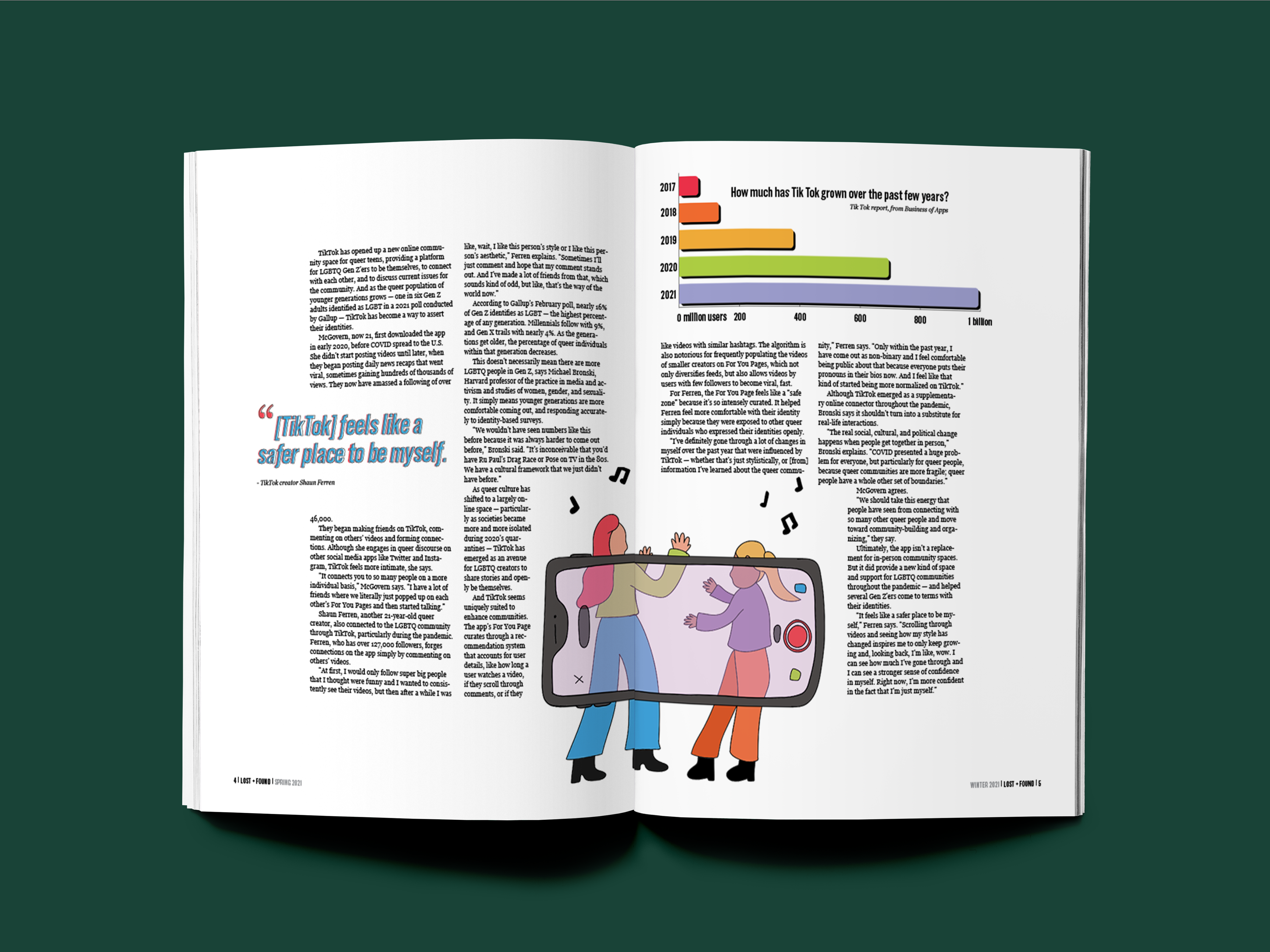 View more work
↑Back to Top